Pavegen and Tribal Planet worked to create a deeper engagement with Cisco’s brand and enhance its reputation in a fun and memorable way at its headline annual event.

We helped engage Cisco’s audience of IT specialists with its Social Impact programme in a lasting and engaging way.

Tribal Planet created ‘Network to Light’ – three unique Pavegen installations, app-enabled, designed to capture the footsteps of event attendees. This energy was then to be donated as electricity credits to power schools in Nepal.

Via Tribal Planet’s Citizen Earth app and screens, attendees could track their steps and see how much energy they were personally creating, simply by walking over the tiles. Daily winners would be announced via the app leaderboard and screens on-site.

The team doubled that target, capturing the energy of over 2 million footsteps.

Conventional adverts are often glanced over, especially in busy Mexico City bus stations. With increasing distractions and new technologies, how can businesses get the attention of their audiences without clear communication suffering?

Engage passengers with traditional advertising in an untraditional way. Create a message that will reach your audience by making them an integral part of the experience. Through unique kinetic technology, Pavegen has created an interactive branded experience that has helped this vision come to life. Walking through the station, over the tiles, passenger footsteps now actively contribute power to screen displays, triggering them to change and captivating visitors’ attention as they walk past. In addition, LED floor strips correspond to footfall, illuminating the fact that this experience is powered by them.

Pavegen is based in King’s Cross, in the heart of London’s tech revolution. We’re just a few minutes’ walk from King’s Cross and St. Pancras International Stations. Our research and development centre operates in Cambridge, the innovation hub of the country. 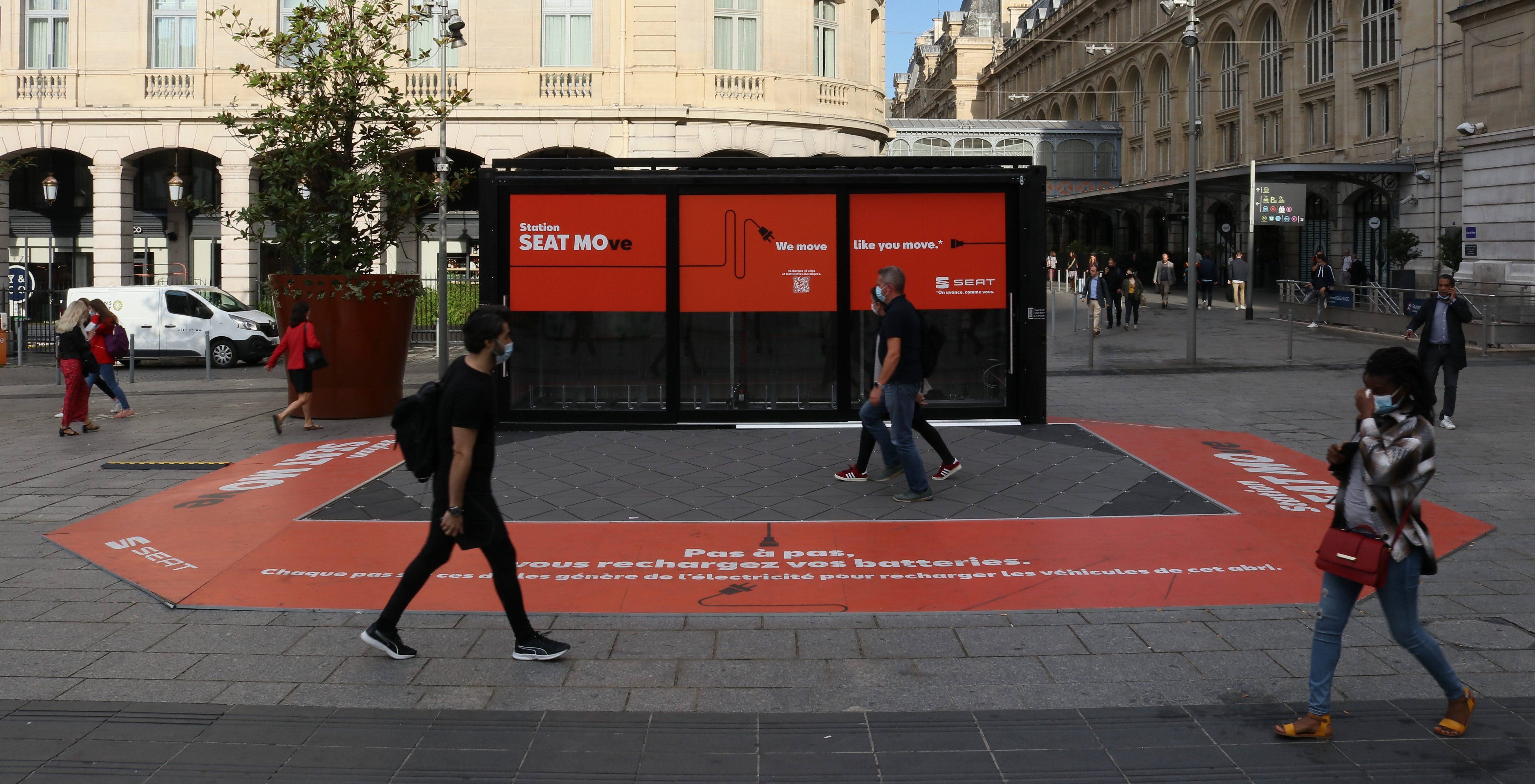 Advertisers can now reach their audience in a particularly unique way. Pavegen has facilitated a new way of advertising that presents a clear revenue generating opportunity for Kiin Energy. Through contributing their footsteps, passengers are actively involved in powering important conversations, making their experience and advertisers’ messages even more memorable. 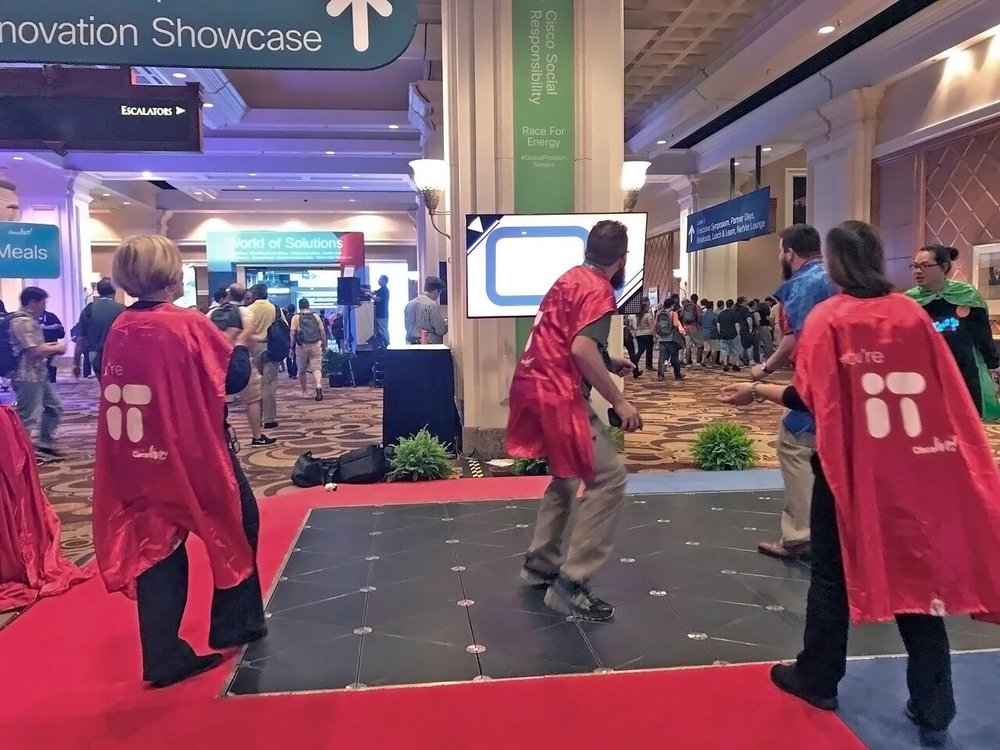 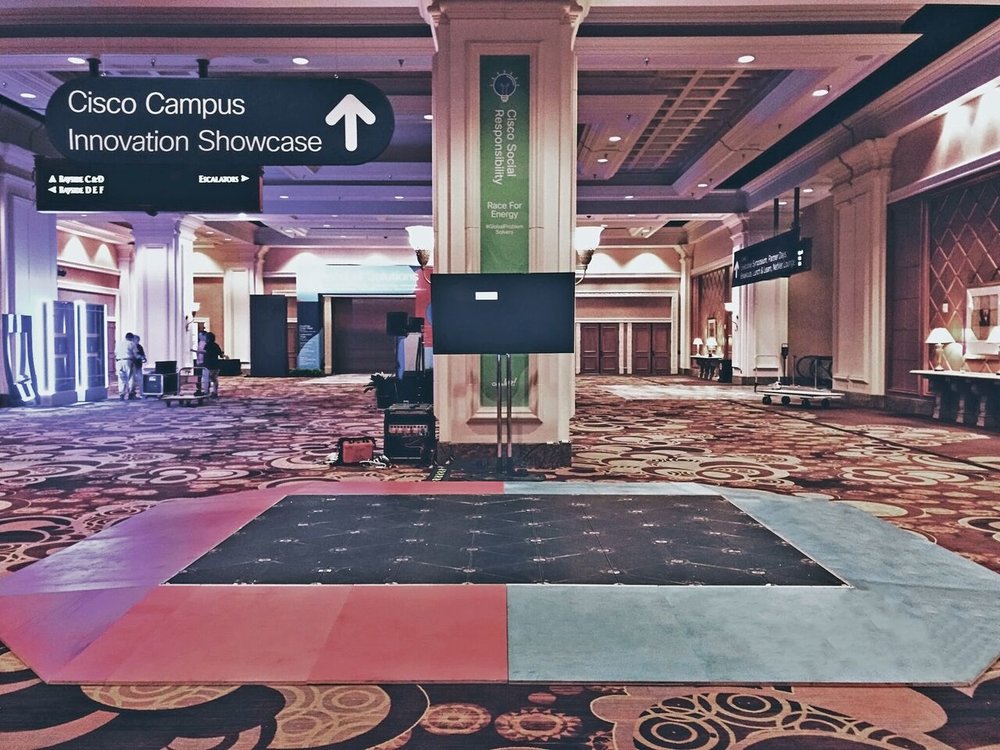